Has the stuff of earth obscured the face of God? Let’s pray…

O God and Father, I repent of my sinful preoccupation with visible things.
The world has been too much with me.
Thou hast been here and I knew it not.
I have been blind to Thy Presence.
Open my eyes that I may behold Thee in and around me.
For Christ’s sake, Amen.

“How can you cope with the end of the world and the beginning of another one?  How can you put an earthquake into a test-tube or the sea into a bottle? How can you live with the terrifying thought that the hurricane has become human, that fire has become flesh; that Life itself came to life and walked in our midst? How can you cope with the concept that mankind tried to kill God, but He lived and now is our judge? How can a person come to Easter services and not be profoundly transformed by the fact that once in the history of humanity a truly innocent man died in our place and rose to life never to die again and he offers us eternal life? Christianity either means all of that, or it means nothing. It is either the most profound and devastating disclosure of the deepest reality in the world, or it’s a sham, a nonsense, and just deceitful acting. Most of us, unable to cope with saying either of those things, condemn ourselves to live in the shallow world in between. We may not be content there, but we don’t know how to escape until we are personally transformed by the resurrected Jesus Christ, from mere observers to worshippers of the living God!” —Author Unknown

The Resurrection changed everything. How has it changed you?

He is risen. Indeed. 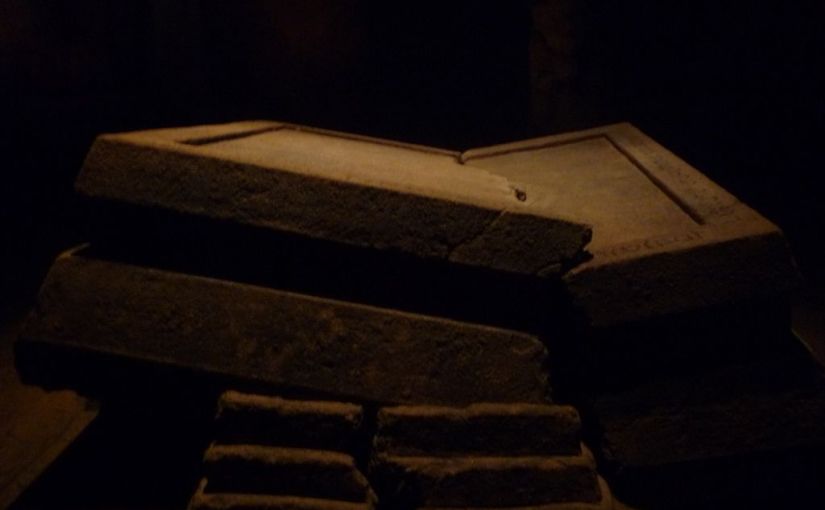 “Here from this stable, here, from this Nazareth, this stony beach, this Jerusalem, this market place, this garden, this Praetorium, this Cross, this mountain, I announce it to you. I announce to you what is guessed at in all the phenomena of your world. You see the corn of wheat shrivel and break open and die, but you expect a crop. I tell you of the Springtime of which all springtimes speak. I tell you of the world for which this world groans and toward which it strains. I tell you that beyond the awful borders imposed by time and space and contingency, there lies what you seek. I announce to you life instead of mere existence, freedom instead of frustration, justice instead of compensation. For I announce to you redemption. Behold I make all things new. Behold I do what cannot be done. I restore the years that the locusts and worms have eaten. I restore the years [that] you have drooped away upon your crutches and in your wheelchair. I restore the symphonies and operas which your deaf ears have never heard, and the snowy massif your blind eyes have never seen, and the freedom lost to you through plunder and the identity lost to you because of calumny [slander] and the failure of justice; and I restore the good which your own foolish mistakes have cheated you of. And I bring you to the Love of which all other loves speak, the Love which is joy and beauty, and which you have sought in a thousand streets and for which you have wept and clawed your pillow.”—Thomas Howard, Christ the Tiger

On this Good Friday and on the brink of Easter, pause—go quiet and listen. You may just hear Jesus speak. I wonder what He will say to you.

“He made us lamps for His light, not the salesmen or customers of His fire. He fits no category, exceeds every attribution, defies all description. He is immeasurably more than the object of our study—He’s the subject of the universe itself. “He’s the superlative of everything good you choose to call Him”, Rev. Lockwood proclaimed— yet we still tread the surface of the Sea of Him seeking to stay afloat—waters in which He intended us to drown.”

I’m going under for the third time. No rescue is necessary. 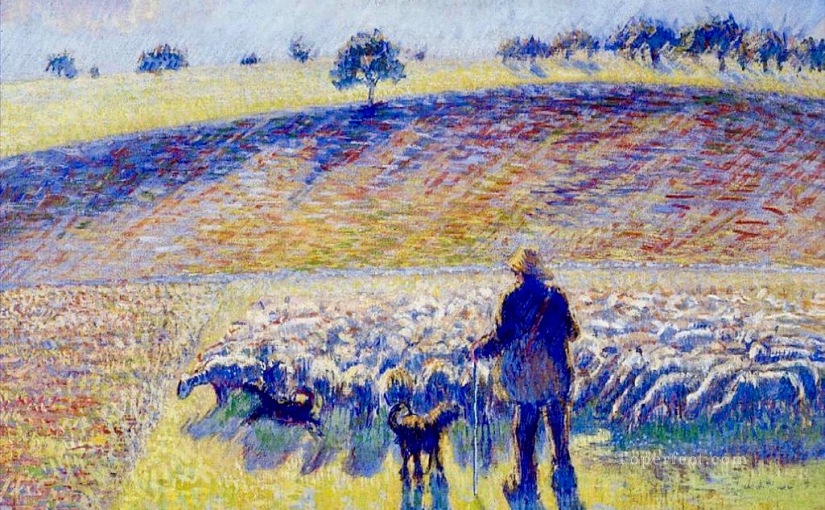 “Jesus loves us not because we’re good, but because He’s Jesus.” —Pastor Kevin Green

We can’t escape this fact anymore than God can escape Himself. Jesus loves broken people like us because He does as He is, and for no other reason.

“Without God, what does being “thankful” really mean? Does it have any meaning at all, even in the moment?” —Pastor Jack Abeelen

This week we Americans will feast and give thanks. We don’t thank the earth for giving us food or life—our planet doesn’t give us anything on purpose. We don’t laude over a dead bird for its contribution to our waistlines—it didn’t die for our dining pleasure—it cared for nothing beyond its own survival. George Washington didn’t decree a national feast to thank a cook or he might have named it “Thank-a-Cook Day”.

Thanksgiving Day is the great why, when we’re reminded to thank the One Who gave us all good things—especially His Son to die in our place—not because we are good but because, to the Lord God Almighty, King of the Universe, we’re significant. That is tremendous.

This week I buried my father-in-law; earlier this year I buried my mother. In-between I helped others bury loved-ones. There but for the grace of God we go? No, there we go. But a great certainty awaits. [Here comes a SPOILER] In the last book of C.S. Lewis’ The Chronicles of Narnia, the four children are killed. Tragic and bad, until Aslan the Lion reveals the children’s true fate—and ours—especially if you love the Lion…

Aslan: “…The term is over: the holidays have begun. The dream is ended: this is the morning.” And as He spoke He no longer looked like a lion; but the things that began to happen after that were so great and beautiful that I cannot write them. And for us, this is the end of all the stories, and we can most truly say that they lived happily ever after. But for them it was only the beginning of the real story. All their life in this world and all their adventures… had only been the cover and the title page [of the book]; now at last they are beginning Chapter One of the Great Story, which no one on earth has read: which goes on forever: in which every chapter is better than the one before.” —C.S. Lewis, The Last Battle

This is you. Revel in His love—revel forever.

I love the universe. I was an astronomy minor at university, and like a bug to light I’m drawn to all the latest star-science. And as you can guess, this is a dilemma. I’m a follower of Jesus—I love cosmology and believe in the most grandiose terms that God made the universe to declare His glory to anyone who can perceive it.

But astronomy is also a desperate science—one that seeks the eternal origin and fate of everything temporal. And that’s a room with no doors. God is an affront to science, but kill him and the only solution to the problem of “life, the universe and everything” is that it all burst from nothing and is hurtling into infinite discontinuity. From nothing to nothingness. At least for the moment we have ashes and dust. In the end, science says, there won’t even be dust. That dark conclusion means humanity is far more meaningless than it ever imagined.

But the show must go on, because humanity, scientists tell us, must discover life off the earth, and the non-science of God interferes with their enormous view of the universe. So they turn their desperate search toward new, potentially habitable worlds in the hope of staving off inevitable extinction, validating humanity’s existence and pinpointing our true bio-evolutionary origin. And perhaps along the way they will even meet intelligent life, which, if discovered, they believe, will render Jesus and the Bible obsolete. Happy day. There’s just one question left: And then?

With the discovery of yet another “earth-like” planet in the habitable zone of a neighboring star, another journalist has hailed the death-knell of Christianity (other religions seem to be meritless targets to critics).

But no one found a habitable planet. What we’re hearing is common, frequent, journalistic embellishment based on wishful thinking. A planet was detected—in the habitable zone—of a star so distant it would take several hundred thousand years to travel there at our best achievable speed (aside from the innumerable and deadly challenges of theoretical interstellar space travel).

Are our telescopes that good? Yes. So is it possible the planet is earth-like? Yes. Are scientists sure of this? No. It’s a heavy world, meaning rocky like earth, not gaseous like Jupiter, and it’s in the “habitable zone”, orbiting its parent star about the same distance as earth does from the sun. Does it have oceans, an atmosphere or life? No one knows. Everything outside the mass of the planet and the orbital location is a best guess. Is it possible they found another earth? Yes. Is it probable? No. Just because Carl Sagan mused that if no other life existed in the universe it would amount to “an awful waste of space” doesn’t make it so. That was his wish, not his understanding.

The data tells us there are innumerable planets out there; it can even tell us their approximate mass, size and makeup—but little else—including the possibility of life. In the scientific community there’s a gross assumption that the biological evolution presumed to have occurred on earth also occurred elsewhere by the same mechanisms and for the same reasons. But in fact they have no idea—and until they can discern bugs or structures on a distant world, they have no way of knowing (aside from radio signals, which are so far entirely absent).

Journalistic embellishment is designed to sell news, and journalists also know that headlines alone can indoctrinate the masses, especially those who take no time to read the article (which is most people).

Is life “out there” possible? Why not. Is it probable? Who knows. And don’t forget—the same questions confront those who declare new evolutionary discoveries as though they had completely nailed down a nearly opaque past. While reported as fact, they are only expressing a best guess. Possible? Within the realm of scientific theory, yes. Probable? Impossible to say. Destructive to faith? Not at all—in fact there’s an almost comical irony here: to search for human meaning in a doomed universe is to demonstrate greater faith and hope than the religious people who offend their scientific sensibilities with their faith and hope.

Those people say there is a door—that the Landlord installed it a while back, and though most have tried to ignore it or block it up, and though few use it, it remains stubbornly wedged open.

Hope will not vanish as long as there’s a Door in the universe.

Which is why I love the Landlord.