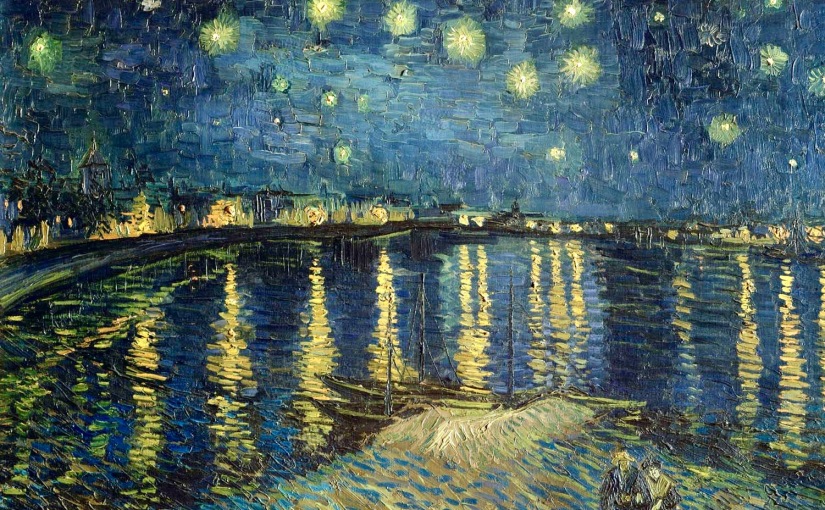 “When I have a terrible need of—shall I say the word—religion—then I go out and paint the stars.” —Vincent Van Gogh

In a turbulent world, a turbulent man had it right. Before he painted, Vincent was a failed preacher who remembered that the heavens still declared the glory of God. In Alex Haley’s novel Roots, Kunte Kinte’s ancestor held his newborn son heavenward, declaring, “Behold, the only thing greater than you!” Carole King wrote in her song Up On a Roof, “At night, the stars, they put on a show for free…”

Turbulence drowns in a sea of peace when we take time to go outside and just look up. The Heavens still declare God’s Glory—He made them, you know, and He is bigger than all of it. Best of all, He loves you.

2 thoughts on “Painting the Stars”